90 North has set a target to grow its total deal volume to $5bn (£3.8bn) in five years as the firm expands in Europe with the acquisition of two office buildings for €91m (£81m). 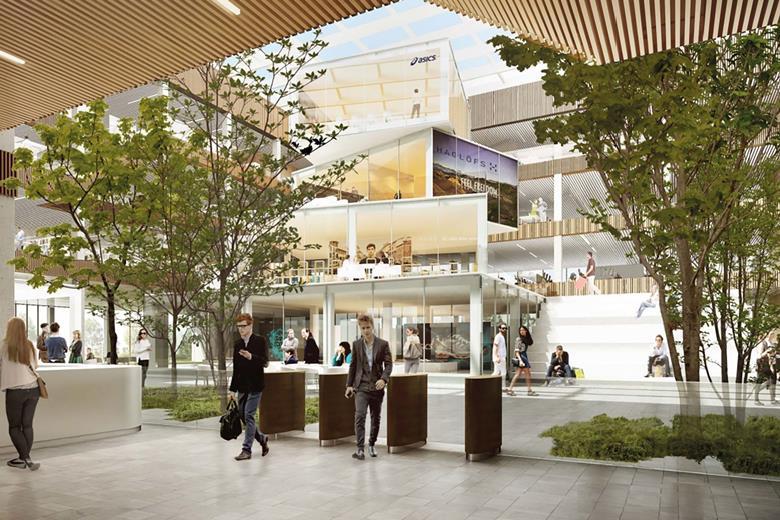 Since 90 North was founded by Philip Churchill and Nick Judd in 2011, it has closed nearly $1.8bn of deals in the UK, continental Europe and the US.

To hit the target, dubbed ‘five in five’ by 90 North, the firm will expand its investment horizon even further. This summer, it opened an office in Sydney, which will pave the way for its first deals in the Australian market.

“We will only achieve it [the target] by being more global,” said Judd.

90 North specialises in Sharia-compliant investment and works with a number of investors in the Middle East. It is looking to grow its investor base further by working with other types of investor as well, particularly those with an ethical focus.

Judd said the firm was working on deals with Malaysian institutions through its office in Kuala Lumpur and also expected to begin working with South African investors.

This week, 90 North continued its acquisition push with the purchase – in partnership with Dubai-based Audacia Capital – of two office buildings that are being developed by RED Company in Hoofddorp, near Amsterdam in the Netherlands. One will be the EMEA headquarters of sportswear company ASICS and the other the global headquarters for the baby food and medical nutrition division of dairy giant Danone. The combined purchase price is €91m.

“From 90 North’s perspective, we like new or nearly new offices that have been modelled on long leases to very strong global covenants,” said Judd.

He added that the firm was positive about the outlook for the office market in Amsterdam, which would “no doubt be a beneficiary of Brexit”.

In the UK, Judd said the firm would continue to seek investment opportunities despite Brexit. In particular, it was looking to grow its student housing portfolio, he said.

Earlier this year, it purchased Exeter One, a scheme next to the University of Exeter, for £18.6m, reflecting a 5.9% yield. Judd said it was the first deal in an investment programme to build a student portfolio of more than £200m of assets.

90 North also recently capitalised on strong demand for long-income property in the UK by selling a portfolio of 12 care homes leased to Prime Life in two separate deals to AEW UK Long Lease REIT and LXi REIT for £50.6m.

2022 can safely be described as a year of two halves with respect to Islamic real estate investment. Scanning the IFN news database may be relatively unscientific, but it does support what we have seen on the ground that international real estate investment dropped substantially from the end of June, as investors paused to monitor […]
Read more

Investment into the rented residential sector has long been one of the preferred real estate sectors for Islamic investors, with recent research from UBS providing a global perspective, an explanation for the sector’s robustness and some interesting projections for the future. Firstly, rented residential volumes have grown significantly in recent years, most notably in the US […]
Read more

We are delighted to be one of the sponsors for the RNLI (Royal National Lifeboat Institution) 911 Challenge 2022. Their challenge is to drive anti-clockwise around the whole of Ireland both North & South, visiting all 75 RNLI Lifeboat Stations (past & present) and we’ve sponsored their visit to Enniskillen. They will be travelling over 2,000 […]
Read more

The opportunity recently to present to a room of Kuwaiti investors on the outlook for UK real estate was a first for me, as I felt obliged to open with a slide or two on politics. Reflecting on former chancellor of the Exchequer Kwasi Kwarteng’s so-called ‘mini budget’, which would, if it had been implemented, […]
Read more

Currency is not always the first consideration when selecting real estate investment strategies, but when the euro reaches parity with the US dollar for the first time in 20 years, it warrants a closer look, particularly when the challenges of rising energy costs, wider inflation and increasing benchmark interest rates are impacting all western markets. […]
Read more

It has been great to see the university graduation photos across LinkedIn and social media over the last few weeks. Joy for a job well done, and justified optimism for the future. Hoping not to detract from the endeavours of so many students, we feel the same here at 90 North, having recently closed our […]
Read more

We have launched a brand new website for our retail park Drakehouse in Sheffield, a great shopping destination. drakehouseretailpark.co.uk

We are delighted to have once again partnered with Sidra on the profitable sale of 247,834 sq.ft. Lash Group headquarters in Fort Mill, South Carolina. This is the second exit to Mumtalakat - Bahrain’s Sovereign Wealth Fund. Congratulations to the US team! pic.twitter.com/1J8JdLBmN4

We are delighted to have partnered with KWAP, Malaysia's largest public services pension fund, in the acquisition of two prime purpose-built student housing properties in Birmingham and Edinburgh. 90northgroup.com/press-releas…